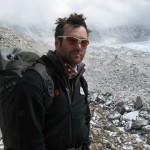 Robert Hill is the inspiration behind the No Guts Know Glory 7Summits campaign. Diagnosed with Crohn’s disease at age 23, having had ostomy surgery several years later to remove his diseased colon, Rob made a commitment to raise awareness of intestinal disease by traveling to far places and climbing to extreme heights. You can read more about Rob’s amazing personal story here. Don’t forget to follow him on Twitter: @roberthillclimb E-mail: rob @ nogutsknowglory.com 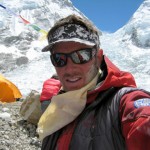 John Furneaux is a certified ACMG/IFMGA Mountain Guide living in the best place on earth – Squamish, BC. Over the last 12 years John has been exploring the world’s great mountain ranges for both work and play, during these trips he has been responsible for many first ascents and new routes. Some of these areas include Nepal, Tibet, Russia, Africa, Pakistan and Northern Canada. In 2008 John summited Mt. Everest via the south side as lead guide with Canada West Mountain School. When John is not in the mountains he spends his time at home kite surfing, mountain biking and rock climbing. You can read more about John on his websiteCanadianMountainGuide.com 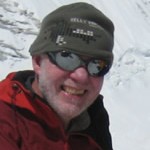 Should Darrell summit Everest in 2010, he will become one of only a handful of people around the world to have scaled the highest peak on each of the seven continents. Darrell climbed with Rob on Carstenz Pyramid and Vinson Massif. Darrell is a postal worker from Vancouver, BC.

John is a passionate multimedia communicator with a personal connection to the No Guts Know Glory mission–he had cancer as an infant, had ostomy surgery at age 10 and was diagnosed with irritable bowel syndrome in his twenties. John trekked to Everest base camp in 2008. He looks forward to returning to the Himalaya to tell the 2010 No Guts Know Glory Everest Expedition story. You can follow John on Twitter:@joshaughnessy E-mail: john @ jdocommunications.com 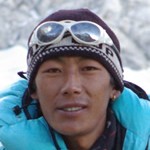 Teng Dorje Sherpa lives in the Everest region. He is 27-years-old and has reached the summit of Everest 5 times, most recently in 2008 with the Canada West Mountain School Expedition. 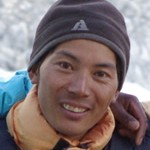 Mingma Sherpa is 29-years-old and has been to the top of Everest 3 times. He climbed with with John Furneaux and the Canada West Mountain School Everest expedition in 2008. 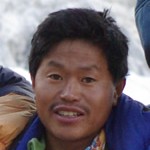 At just 24-years-old, Dawa Sherpa is the youngest climbing member of the No Guts Know Glory Everest Expedition. His English is excellent and Dawa serves as Sherpa interpreter as well as climbing Sherpa. Dawa has been to Everest’s summit twice previously, his third trip in 2008 with the Canada West Mountain School Expedition was to be his third but he was forced down due to cold on summit day. 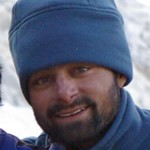 At 31-years-old, Basu is a veteran of many Himalayan guided expeditions. In 2010, Basu will act as Camp Two Cook, providing nutritious meals for the climbers and Sherpas at their advanced base camp, 6400 meters above sea level. He will also carry heavy loads between base camp and camp two. Basu’s warm personality makes him a favourite of the climbing team, he was with the Canada West Mountain School Everest expedition in 2008.